Keynote speaker, the legendary film producer Nik Powell of Scala Productions, co-founder of the Virgin Group and Director of the National Film and Television School, kicked off the conference by candidly highlighting the opportunities for the next generation of talent, offering tips gained from the media and entertainment industries.

Richard Collins, CEO of the live social media platform Tellyo hosted the 'Keeping Sports Relevant for the Younger Generation' panel with Sky Sports, LiveWire Sports and the British Esports Association. This panel's discussion was centred around premium content strategy and social media. David Gibbs Digital Director of Sky News and Sports remarked, "Sports and brands can't close their eyes on social media. They have to be there, it's complimentary, it adds value to paid platforms and helps to build narrative around sporting events to get more fans and viewers."

Tristan Veale, Market Analyst within Futuresource Consulting's media and entertainment team took the audience on a journey into the changing video landscape, looking at how the industry has adapted to the growth in digital video and how devices, distribution methods and digital platforms are evolving. According to the latest worldwide TV report from Futuresource Consulting, there will be 2.3 billion TVs in homes in 2021, yet there will be competition from 4 billion 'floating screens' (smartphones and tablets). Along with devices, broadband speeds were highlighted as a key enabler of premium digital video consumption; in 2010 just 1% of UK households had 30 megabits per second (Mbps) or faster, by 2021 over 90% of UK households in the UK are expected to reach this speed or faster.

Delegates also got the insider scoop from Alice Beverton-Palmer of Twitter Entertainment Partnerships. Alice shared Twitter's plans for original content, discussing how Twitter works with partners to create clips or live streams of content and either promote it to a specific demographic or attract and build a specific audience for advertising purposes. Successful recent case studies such as Wonder Woman, transfer deadline day and the One Love Concert were highlighted where momentum and engagement quickly builds across the captive audience of Twitter. This approach creates new opportunities for partnerships and business models such as push advertising and content promotion. Beverton-Palmer stated that, "Twitter users have a 'discovery mind set', an open mind to learn about the latest news on the 'what's happening now network'."

The next topic on the table was 'Connecting with kids', involving industry experts from ITV, Nickelodeon, Azoomee and Zodiak. They explored the kids' digital environment focusing on programming, content and services, highlighting that behaviour amongst the kids now will be reflective of what we shall see for wider industry trends in the next 15-20 years.

Alison Bakunowich, General Manager of Nickelodeon UK and Ireland, was quick to point out that kids will not be at the forefront of cord cutting, claiming that kids watch more linear channels than adults, whilst snacking on additional online platforms such as YouTube. Bakunowich went on to discuss kids' franchises at Nickelodeon and Milkshake and how the multiplatform shop window is so important to franchise management, "It is really important to use all of your video platforms correctly and differently, including linear," stated Bakunowich. "To get a show in the hearts and minds of an audience, linear and what you do with the other platforms is critical, as binge viewing is not doing it. To set up a franchise and really ingratiate that into the audience you have to grow it, you can not burn it." The whole panel agreed that, 'hero content' is key to success, similar titles can be associated to grow consumption of lesser known, less expensive titles.

Jack Wetherill of Futuresource Consulting then posed the question in the next session; Is the death of the set top box nigh? He shared both industry and consumer insights into the different ways consumers are watching TV beyond TV sets and how traditional linear broadcasting is competing with viewing time against catch-up and OTT services, such as BBC iPlayer and Netflix. Wetherill highlighted that the move from broadcast to IP is an irreversible trend, but the set-top box will remain part of that landscape for some years to come. Wetherill concluded, "As somebody once described it, the set-top box is kind of like the cockroach in a nuclear winter. It will be one of the things that survives the constant whirlwind of development in content and hardware."

The penultimate presentation was a discussion hosted by Carl Hibbert, Associate Director of Media & Entertainment at Futuresource whom was joined by Google, Framestore, Melody VR and THX to discuss the current landscape of VR, exploring how to make a business out of VR, looking into the real opportunities for the entertainment industry, how consumers are embracing these exciting technologies and what's next for the world of 'adjusted reality'?

Steve Hancock shared the consumer propositions of Melody VR, highlighting that both pay-per-view and subscription can be blended with different content formats, packaged to generate a secondary revenue stream. Hancock highlighted that Melody VR has already heavily invested in VR content, citing three business models relating to the music formats and partnerships that are currently in place; recorded library content, live VR streamed shows and full interactive VR. Scott Francis, CTO of THX, highlighted how broadcasters can drive VR adoption through the concept of selling hardware through a service, providing early adopters the equipment or bundling the headsets with pay-per-view VR services needed to experience and perhaps promote premium high-end services.

In wrapping up the VR panel, thoughts were shared around augmented reality (AR) and mixed reality (MR). "The panel were in agreement that this was a natural progressive step for the realities of essence and despite being a little way off, it will be propelled further forward by the current adoption of 1.4 billion smartphones globally," commented Hancock. "We have all got an immersive technology device in our pockets. VR, MR and AR used in different ways and can offer a range of end-user experiences, whether it is taking them on the stage or bringing the artist 'virtually' into the home."

The last presentation of the day was from Dominic Smales, CEO at Gleam Futures, a 'digital first' talent agency managing content creators and personalities whom have made a career through user-generated content. He wrapped up by stating that, "This is an excellent time to be embarking on a career as a social media content creator. Platforms are gathering pace in terms of reach and diversity. There is an infrastructure there to support a full-time career."

The recording from New Content Horizons 2017 are available here>> 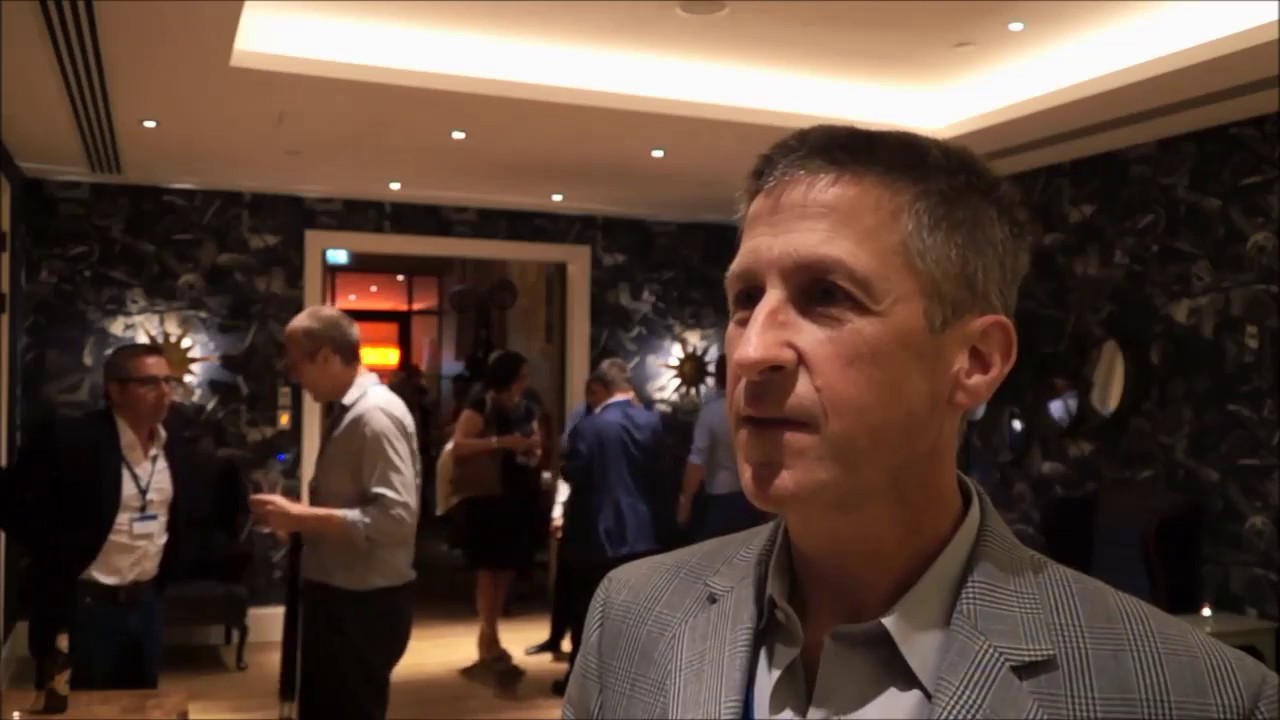 News, Analysis and Informed Opinions from the Industry Experts.

Futuresource Consulting is a specialist research and knowledge-based consulting company, providing organisations with insight into consumer electronics, digital imaging, entertainment media, broadcast, storage media, education technology and IT. With a heritage stretching back to the 1980s, the company delivers in-depth analysis and forecasts on a global scale, advising on strategic positioning, market trends, competitive forces and technological developments. www.futuresource-consulting.com

Authorised use of information All information provided by Futuresource in any form is proprietary information that belongs to Futuresource and is protected by UK and international copyright law. Except as outlined below, direct or indirect reproduction of information, in whole or in part and by any means, is prohibited without the express written consent of Futuresource.

Members of the press may use a press release in its entirety or take segments from it as necessary; they may also use a graph, a slide, or a section of a supplied research report less than fifty words long, provided all text is identified as "Source: Futuresource Consulting" and all graphics are credited with "Futuresource Consulting, copyright 2019".